The magneto is one of the oldest components of general aviation, and it is an engine driven electrical generator that takes advantage of permanent magnets and coils in order to generate high voltage for firing the spark plugs of aircraft engines. Aircraft magneto devices are regularly found within piston aircraft engines due to their simplistic design and reliable operation, and they require no external source of power for their functionality. As a standard device that has long served aviation, understanding the functionality of the aircraft magneto is important for any pilot or aircraft engineer utilizing such equipment.

Magnetos are often sold in either a pair or as a dual magneto variation as having two independent ignition systems is important for the redundancy of engine operation. The independent systems each consist of two spark plug components per cylinder as well as a left and right aircraft magneto. The left and right magnetos are capable of firing one of the spark plugs for each cylinder, ensuring that ignition is carried out even in the case of one magneto failing. Furthermore, the redundant design of the two aircraft magnetos also results in smoother operations during fuel and air mixture combustion.

As stated before, the aircraft magnetos are crucial for creating the voltage needed to fire spark plugs. Within each magneto, a permanent magnet on a rotor is spun next to a coil with two windings. One winding is the primary winding which consists of heavy copper wires. The other winding is a fine wire that will often have many more turns as compared to the primary winding. Magnetic flux lines pass through the primary winding turns, and this causes magnetic flux linkages to be produced. The amount of linkages will change as the magnet moves within the assembly, causing voltage to be produced.

While such an operation can create voltage, the amount produced is far from being strong enough to fire the spark plugs. In order to increase the voltage substantially, the magneto relies on the secondary winding. The secondary winding is capable of producing voltage when the breaker points of the primary winding are opened. This causes the magnetic field of the primary coil to collapse, resulting in a great change in linkages. The produced voltage from the collapsing magnetic field is often around 100 times more powerful than what was originally created by the primary winding, regularly sitting at 20,000 to 30,000 volts. As the voltage is released from the coil, it then travels to the spark plug for ignition.

Based on the engine of the aircraft, there may be a number of magneto types that may be procured. As such, it is important to consider the specific needs of your engine before making a final decision on what magneto is best for your needs. Additionally, magnetos also require regular maintenance and inspection to ensure that they function as intended, and an aircraft should never be flown with a faulty magneto device. When you are searching for magneto components, whether for a first time installation or for a repair, look no further than ASAP Aviation Unlimited.

ASAP Aviation Unlimited is a leading online distributor of aircraft parts, offering customers access to an unrivaled inventory of new, used, and obsolete items that have been sourced from a plethora of top global manufacturers that we trust. For our customers to only receive what is best, we enact rigorous quality assurance standards as well as ship every purchase alongside its qualifying certifications or manufacturing trace documentation as applicable. If you would like to receive a competitive quote based on items that you are interested in, fill out and submit an Instant RFQ form as provided on our website and a dedicated account manager will reach out to you in 15 minutes or less.

What are the Different Aircraft Fuel System Components?

How Aircraft Refueling is Done? 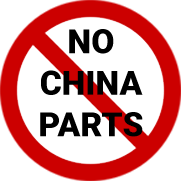